A Look At The Micromobility Industry In 2020 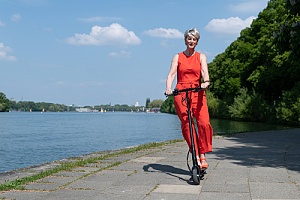 As city populations continue growing to the point of congestion, there are increasingly fewer options for traditional transportation, such as cars, trains, or buses. In these high-population urban areas, the micromobility industry has been gaining traction in recent years. Micromobility refers to a method of transportation used to travel short distances, typically 5 miles or less. In order to provide protection, micromobility insurance is available.

According to Micromobility Industries co-founder Horace Dediu, micromobility investments over the past two years drew in $2 billion. The 2018 INRIX National Traffic Scorecard also revealed that Americans have lost an average of 97 hours annually because of traffic congestion, a figure which translates to roughly $1,348 lost per driver, leading to an increased demand for micromobility businesses.

Bikes and electric scooters are two of the prime examples of micromobility. Station-based e-bikes and scooters are considered “shared micromobility.” These transportation methods have become popular among people with short commutes to work or other places near their home. E-scooters, for instance, are most prevalent in major cities in the United States such as Nashville, Miami, Denver, San Francisco and Washington, DC.

However, many cities have strict rules regarding these micromobility technologies, including what areas they can be used in and maximum speeds. 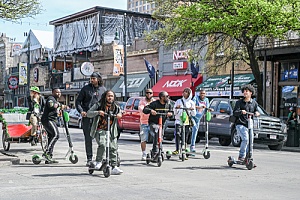 As noted, the proliferation of micromobility technologies has given scores of Americans a more efficient way to reach nearly any destination. However, certain municipal governments, such as in Indianapolis, IN and Austin, TX, have issued temporary injunctions against this initiative, claiming e-scooters pose a hazard to handicapped individuals, among other reasons.

Micromobility technologies do have associated risks to take note of. Camden, New Jersey could serve as a cautionary tale for other areas. In 2018, the volatility of the dockless bikes system ended up presenting risk to the city. Camden officials hoped to develop an expansion of transportation methods for low-income people and thus accepted China-based dockless bike-sharing organization Ofo on a six-month trial period. Two months into it, unfortunately, Ofo departed Camden and abandoned 80 bikes in the process. The city was thus forced to track down, impound and dispose of these bikes.

The main advantages of micromobility technologies include the fact that they cause less environmental damage and are generally more cost-effective and efficient. According to analytics company CB Insights, an e-scooter can traverse 82.8 miles (about 333 laps around a football field) using just 1 kilowatt hour of energy, compared to just 4.1 miles (17 laps) on average for an electric car. The National Association of City Transportation Officials also estimated in its 2018 report that yearly members of station-based bike programs (like New York’s Citi Bike) paid $1.25 per ride on average, while e-scooter share riders spent $3.50.

The Future Of Micromobility

Countries and states in Asia, like China and Singapore, have seen an increase in micromobility startups. However, other continents have invested in these technologies as well. Throughout all of Europe, the bike market was estimated to be valued at almost $14.8 billion in 2016, and is expected to expand to an annual growth rate of 5.5% until 2022.

Urban And Suburban Areas On The Rise

As of the start of 2019, more than 44 e-scooter bills were created in 26 states in the U.S. Portland, Oregon; Providence, Rhode Island; and Santa Monica, California are all reportedly looking to expand their micromobility programs, given a series of polls that show a high degree of customer satisfaction with these methods. E-scooter startups like Bird, Lime and Scoot have also expanded operations abroad to cities like Tel Aviv and to countries like New Zealand and Australia. Lime and Bird, which dominate the e-scooter industry, both attained valuations of $1 billion within just one year of launch. 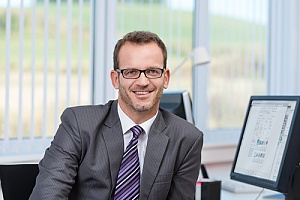 Speak to the experienced professionals at MFE Insurance to learn more about micromobility insurance and its benefits. MFE is an Independent Insurance Agency that has locations in Los Angeles, CA and Birmingham, MI. They quote and place insurance through several carriers to help clients enjoy the most competitive prices possible. MFE is dedicated to serving both small startups and Fortune 500 companies. Their offerings include general liability insurance, commercial automobile insurance, excess liability insurance and equipment breakdown insurance, among other products. Call MFE today at (213) 266-7990 or contact them online for more information.

Previous Post: « My Cast Got Sick, Am I Liable for Damages?
Next Post: Indiana Behind The Cannabis Curve »