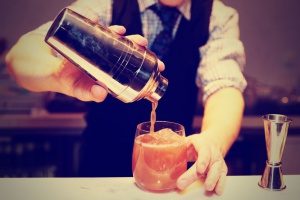 While generally places where people can relax and socialize while enjoying an assortment of alcoholic beverages, bars can often get a little rowdy. Patrons may drink more than they should, causing them to lose their inhibitions and act inappropriately. Furthermore, inebriation combined with crowded spaces can sometimes cause patrons to turn violent, potentially causing them to injure other patrons or bar employees, or start a fight causing multiple injuries.

These situations could result in you being forced to pay for medical costs and damages on the grounds that you failed to provide a safe environment for your patrons. For these reasons, Assault & Battery Insurance is an essential tool for bar owners that can help protect you from these types of claims. Learn more about this unique form of bar insurance, what it covers, and how it can protect you.

What is Assault & Battery Insurance?

Assault & Battery Insurance is a specialized form of insurance that covers threats to someone’s safety (assault) or physical conflicts (battery) between people in the event that a confrontation leads to an injury while on bar premises. Assault is defined as any threatening verbal and/or physical act that causes a person to experience reasonable fear for their safety. Battery, in contrast, is defined as the use of unlawful force to another person, such as physically striking or touching someone without their permission. When a confrontation is covered by a policy’s terms and conditions, your Assault & Battery Insurance policy can help pay legal fees, medical bills and settlements associated with a claim.

Why Are Bars Responsible for Injuries? 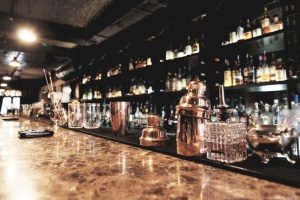 You may be wondering why your business would even be considered responsible for injuries that are sustained in physical conflicts between patrons. While it is true that the parties responsible for causing the injury are to blame, your bar may also share responsibility. A bar that serves a customer alcohol who then causes an altercation (assault or battery) while intoxicated may be found liable for providing the inebriates that enabled the patron to become violent. Moreover, if a bouncer or member of your security team injures a customer, the bar that employs that person may also be sued for their any physical injuries, medical bills and lost wages.

What Does Assault & Battery Insurance Cover?

While Assault & Battery Insurance covers a singular focus (physical and verbal altercations), this type of coverage nevertheless can protect your business from a variety of incidents, including the following:

Most if not all Assault & Battery Insurance policies cover basic bar fights, where two of more patrons are involved in a standard fisticuff altercation while intoxicated. Assault & Battery Insurance will usually cover the medical expenses of all parties directly involved in the altercation, as well for injuries sustained by bystanders in the vicinity.

Assault & Battery coverage extends to altercations that occur both within the bar and on bar grounds, this includes the doorway, back of property, and parking lot. This makes Assault & Battery Insurance applicable for mugging and other situations where a patron may suffer a physical injury while departing from your establishment. Keep in mind, however, that in these situations many factors can influence how the case is processed, including the individual’s health insurance coverage, your Assault & Battery policy, and the details of the incident.

As mentioned, the “assault” component of Assault & Battery Insurance includes coverage protection for non-physical violence as well. This is includes a variety of altercations including verbal threats and aggression, leering behavior, humiliation, name-calling or belittling, and other situations. Assault & Battery coverage also extends to bystanders of any altercations who suffer emotional trauma as a result of witnessing an altercation while on bar grounds.

Who Should Have Assault & Battery Insurance?

When deciding whether or not your business needs assault & battery insurance, ask yourself the following questions:

Do you get a lot of foot traffic? If so, having assault and battery insurance is a wise choice. Similar to nightclubs and other congregated venues, bars often receive a great deal of people coming in and out all the time. These can inevitably lead to lots of brushing up against each other, and, in cases where patrons are already intoxicated, stimulate a physical or verbal confrontation. Not having assault & battery insurance puts innocent bystanders in and around your business at risk.

Does your bar have a bouncer or security team? If so, having assault and battery insurance can help your business protect itself from litigation if a fight occurs. When an unruly patron needs to be forcibly removed from your establishment, it is not unusual for someone to become injured. This could be the patron himself, the bouncer, a member of your security team, or a bystander. If anyone suffers injuries due to an altercation, your business may be held liable for any medical bills and suffering incurred. With assault and battery insurance, you can protect yourself from these claims.

For bar owners, not obtaining Assault & Battery Insurance is rarely a good idea. While you never expect something ‘bad’ to happen in your bar, just one overly intoxicated customer is all it takes to incur financial risk. Furthermore, while many bars have safety protocols in place to help prevent these types of situations (bouncers, security and smart bartenders, for example) these solutions are not always enough to prevent excessive drinking or fights between patrons from occurring. For these reasons, Assault & Battery Insurance is an absolute must for bar-owners seeking to ensure themselves against the financial consequences of assault and battery related claims.

To learn more about Assault & Battery Insurance and how to secure it for your business, contact the professional Bar Insurance brokers at MFE Insurance Brokerage today!

Previous Post: « Do I Need Insurance for My Restaurant?
Next Post: Is There Specific Insurance I Need for My Band’s Tour? »