Micromobility: Are the Consumers Protected? 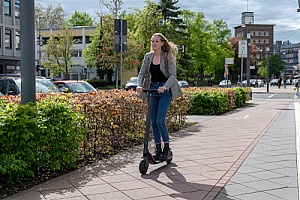 The average person owns and drives a car to and from work each day. This fact, coupled with the increasing population density in major cities, means congestion on the roadways is nearly impossible to avoid. This leaves many issues to solve to ensure commuters are not stuck on the road for large portions of their day. However, micromobility has emerged as a popular way to combat this growing problem.

Micromobility is the use of smaller modes of transport, like scooters and bikes, to make short-distance trips of five miles or less. These methods of transport are available to make a short trip to a restaurant, grocery store, or shopping mall accessible without a vehicle. However, Americans have become accustomed to using cars as a primary form of transportation, which is not sustainable for the growing population.

The overabundance of cars on the road has led to major delays in traffic times and consistent road congestion in many cities. However, micromobility helps to ease that burden by offering alternative methods of transportation, in turn, leading to less cars on the road. Because of the great effect it has had already, urban areas are increasingly turning to these methods for relief.

It is no secret that traffic problems have overrun most urban cities throughout the United States. With a booming number of citizens being born and immigrating to the country each year, the population has risen drastically. With so many people and not enough room to go around, studies have found that in many cities, people are stuck in traffic for almost 100 hours each year. 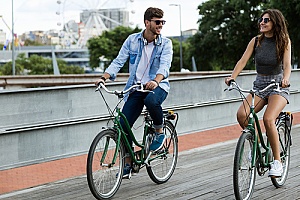 This is not lost on commuters, who have noticed the worsening state of their streets as they become packed tighter and tighter. This gave rise to the use of bikes and scooters because of the ability to move past traffic in a way that cars cannot. More and more, drivers are seeing bike lanes full and scooters weaving through vehicles when traffic is at a stand-still.

This has led to higher numbers of people choosing these alternative methods of transportation to cut down on their commute and on short trips around the city. However, this can also lead to some serious issues as well. Though there are many pros, the liability that comes with growing micromobility proves there are a few cons too.

For the companies that provide these micromobility services, such as bike-share programs, there are some liabilities that come along with the profits. These issues can include city regulations, theft of property, improper use and placement, and weather conditions, which can affect the use of these methods significantly.

With the rise of bike-share and scooter-share programs, there was also a rise in the theft of the property from these programs. Some companies have located the core issues that allow this to occur, and have been able to adjust their design to ensure they minimize this occurrence. However, smaller businesses may not be able to take that hit and may end up folding altogether. In addition, if a company does not first obtain permission to place bikes or scooters on the street, they could face hefty fines.

Regarding the use and placement of these bikes, some cities have had problems with users not replacing the bike on the rack and leaving them on the sidewalk or street. This has led some cities to fine companies for the improper care of these items. Weather conditions can also limit where companies can be established, as some climates will not permit the use of bikes. 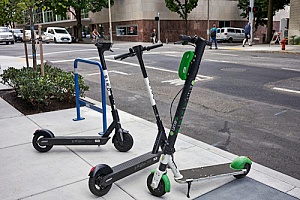 Although not all cities have regulations that require a bike- or scooter-share company to carry insurance, it is always better to be covered. If you are planning to operate a micromobility business in an urban area, then getting micromobility insurance will ensure that you do not face liability for the issues mentioned above. There are four types of coverage that should be purchased for full coverage for your business.

The first is general liability, which will cover the cost of third-party injury and property damage. In cities where insurance is required, $1 million per incident and $2 million in the aggregate is the usual requirement. You should also have a policy for hired and non-owned auto coverage. This ensures that the use of vehicles to transport the scooters is covered, as well as third-party auto-related injuries.

An umbrella policy will cover all other liability issues that could result from the use of the bikes or scooters, and ensures that you are fully covered in any situation. A performance bond, or contract bond, is also recommended because it guarantees the completion of a certain project by a contractor. This provides security for contracts and helps the city feel more confident in working with your company.

If you are planning on operating a micromobility business in an urban area, then consider getting insurance to protect your company against liabilities. Speak with the entertainment insurance professionals at MFE Insurance to learn more about micromobility insurance.

Previous Post: « What Type of Insurance is Needed For a Food Truck?
Next Post: Guide to Starting a Micromobility Company »