The Current State of Cannabis Legalization in the US 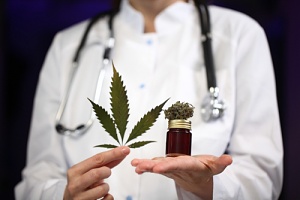 The legalization of cannabis in the US has seen great support, especially among individuals suffering from chronic illnesses. Medical marijuana is being prescribed for a wide range of health problems. It has been found to provide relief from nausea associated with chemotherapy, eases pain from muscle spasms, and can boost immune function, digestive function, and vascular health.

While the use of medical marijuana has become widespread, there are still some problems pertaining to the regulating, dispensing, and registration of approved patients.

Most states with medical marijuana laws have some type of patient registry which provides protection against arrest for possession up to the legal limit of cannabis for personal use. Some medical cannabis growers and dispensaries are also limited to how many plants or products they can offer per patient.

The marijuana industry is not just big business for growers and dispensaries. Many states are seeing major increases in tax revenue since legalizing marijuana. In fact, Nevada has earned almost $20 million in marijuana tax revenue since the market first launched. Changes are also happening in the criminal justice system as countless records of previous marijuana convictions are being expunged. 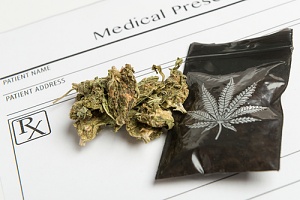 While marijuana remains illegal under federal law, even in states that have legalized it, the push towards recreational marijuana use is gaining traction. Marijuana is now legal for both medicinal and recreational use in Alaska, California, Colorado, District of Columbia, Maine, Massachusetts, Michigan, Nevada, Oregon, Vermont, and Washington.

Except for Vermont, all of these states use a commercialization model in which private businesses sell the drug for profit. Like medical marijuana, there are also restrictions on sales. The age requirement to purchase and use recreational marijuana is 21-plus. There are also limits to how much a person can buy and possess at a time.

If you are involved in the cannabis industry as a cultivator or dispensary, it is important to keep your business protected from certain legal risks. Cannabis insurance consists of several policies designed to safeguard businesses in the marijuana business from unexpected events like product liability, equipment breakdown, crime, and loss of income. 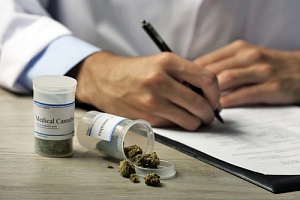 While the growing and selling of cannabis has become more mainstream in recent years, many standard insurance companies still do not offer insurance coverage to those involved in this industry.

Acquiring cannabis insurance from a trusted insurance provider can be beneficial for many reasons. First, cannabis insurance can provide coverage for one of the most common issues found in the cannabis industry – product liability. Due to the nature of the product, product claims are common and are not likely to decline anytime soon.

According to a recent Gallup poll, approximately 66 percent of Americans now support the legalization of marijuana. As support for legalizing cannabis has grown by leaps and bounds, lawmakers are taking notice. Legislatures have approved several major marijuana policy reforms in the last year and states like New Mexico, Hawaii, and North Dakota have signed decriminalization bills. However, these changes do not eliminate the various risks of working in the cannabis industry. If you are involved or are considering getting involved in the growing or selling of cannabis, take the necessary steps to protect your interests. For more information about cannabis insurance, contact the cannabis insurance brokers at MFE Insurance.