Band Insurance 101: How To Avoid Injury-Related Lawsuits On Tour 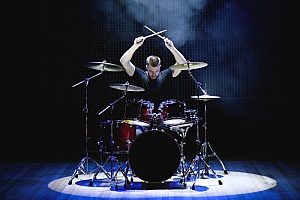 Going on tour can be an exciting adventure. Unfortunately, there are certain risks that come with touring, such as potential injuries that may occur to crew, performers, or audience members. Having the proper type of insurance can help protect against injury-related lawsuits during tours. Learn more about common types of injuries that can occur on tour and how a touring insurance policy can help protect performers against potential liability.

Musicians and bands often draw in crowds, whether it is dozens, hundreds, or even thousands of people. While most organizers do their best to ensure the safety of their guests, accidents can still happen. If a crew or audience members suffers injuries during a concert or similar event, you could be found negligent. If you do not have safeguards in place, a personal injury claim could cost you thousands of dollars in damages. Potential injuries during tour shows are not just limited to slips, trips, and falls. Attendees may also experience breaks and fractures, crushing injuries, or head injuries. Injuries can be mild and require minimal first aid or be severe or even life-threatening. Band insurance can protect your band from a broad range of potential liabilities that are present when putting on a concert or show. Read more about the liabilities band insurance can cover below.

Tripping hazards are one of the most common causes of injury while touring. During concerts and similar entertainment gatherings, there is often a lot of equipment used. Lighting and audio equipment, as well as cameras, microphones, and instruments, can all pose a tripping hazard. Cords that lie unsecured across the floor, equipment left in walkways, and loose rugs or runners can cause people to trip, resulting in potential injuries. Although you should do your best to ensure that there are no tripping hazards, band insurance can protect you in the event that someone does trip and suffer injury. 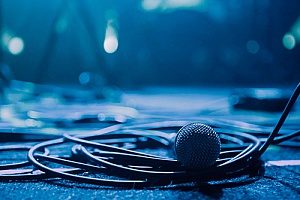 While not common, electrocution can cause injuries to crew members during events. Improper wiring in lighting, audio or other touring equipment can result in electrical shocks or more serious electrocution injuries. Fires can also start due to improper wiring or the misuse of pyrotechnics. If the venue where you are holding the event does not have adequate exits and entrances, severe injuries can occur when a fire breaks out. Injuries during tours can also be caused by poor crowd control. Inexperienced staff or understaffing can lead to poor management of audience members. When too many people gather in a small place, injuries can occur.

Tours for musical performers and celebrities are often attended by younger crowds who may partake in alcohol and drug use. Substance abuse is ranked as one of the leading factors of concert-related injuries and fatalities. Not only is alcohol and drug use dangerous in itself due to the risk of developing alcohol poisoning or overdosing, but it can also lead to reckless behavior by those who partake. Alcohol and drugs disrupt normal brain functioning and can lead to poor decision making, delayed reaction, or poor balance. It can also increase an individual’s likelihood of engaging in violent behavior which can result in self-injury or the injury of others.

In some cases, it is not the audience members who are acting recklessly but the performers. Some performers are known for their recklessness and risky stunts. Unfortunately, this type of behavior can lead to serious injury. Crowd jumping is one such stunt that can lead to injury if the performer misses his or her mark. Throwing items into the crowd from the stage can also result in serious injury if the item manages to hit an unsuspecting crowd member. Band insurance can help cover the costs associated with medical bills and other damages if you are found guilty in a lawsuit.

How Band Insurance Works While On Tour

If you tour anywhere in the country, having touring insurance is a must. Touring band insurance generally covers touring groups, performers, entertainers, house bands, comedians, and other types of entertainment professionals or groups who travel from place to place to put on shows or meet fans. Touring band insurance is flexible and can be used to cover a number of shows during a set policy term. It may also include up to a certain amount of equipment and liability coverage based on the amount of insurance you acquire. 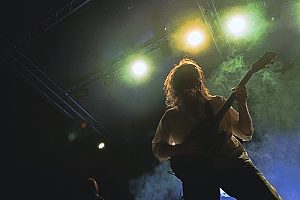 Band insurance is also designed to protect performers against third party bodily injury. It may also cover property damage that results from a group’s operations or products. In many cases, if a staff member or audience member sustains an injury while at your event, you may be held liable for any damages. Damages may include medical costs, as well as lost wages and pain and suffering. Due to these risks, liability insurance is often required by law for most venues who host live performances.

For more information about band insurance policies or to acquire touring insurance for your upcoming tour, contact the professional entertainment insurance brokers at MFE Insurance today.

Previous Post: « Comparing Short-Term, Long-Term, & Annual Production Insurance
Next Post: My Production Company is Facing a Copyright Lawsuit: What Do I Do? »