Why Micromobility Enthusiasts Should Consider Insurance

Over the last few years, the rise of micromobility has been well-documented. Since 2015, stakeholders have invested over $5.7 billion in micromobility start-ups, according to research published by McKinsey & Company. As the popularity of electric scooters and other forms of micromobility continue to grow, there has been a steady increase in liability issues concerning this transportation option.

Micromobility and the Risks Involved 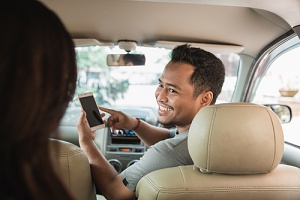 Electric scooters, e-bikes, and similar technologies have become widely available. The allure of these “smart” products is obvious. Not only are they convenient, but they have also become affordable. While despite the many advantages that micromobility brings to the table, there is no denying the potential liabilities that come with riding around town on an e-scooter. Due to risks like personal injury and property damage, many states are now considering laws and regulations that govern micromobility, including encouraging riders to have adequate insurance coverage.

You have probably seen reports about head injuries, damage to public property, and traffic crashes that occur due to electric scooters. In 2018, a 26-year-old man died after being struck by a vehicle while riding an electric scooter. Despite the various dangers that these modes of transportation present, micromobility remains a popular way to get around. However, there has been much controversy regarding who is responsible for paying when damage occurs following a e-scooter accident. While a rider’s personal health insurance may help reduce the cost of their own medical bills, what happens if a scooter rider injures someone else or causes property damage?

There is a substantial gap in coverage that leaves many riders directly responsible for these types of damages as most insurance policies will not cover damage caused by an e-scooter or similar form of micromobility. Even large electric scooter companies, such as Lime and Bird, place the responsibility of accidents that should occur while riding on the riders themselves. These riders are forced to sign rental agreements that state that that the company is relieved of any liability. However, these companies are insured for accidents that are out of a rider’s control, such as damages caused by a faulty scooter. However, each claim is unique and riders may not always be adequately covered.

Typically Not Covered Under Automobile Insurance

Many e-scooter riders are under the misconception that they are covered under their personal auto insurance. However, this is not true in the majority of cases. Automobile insurance does not generally cover modes of micromobility, such as e-scooters and “smart” bikes. In fact, auto insurance generally does not cover any type of vehicle that has less than four wheels. Even motorcycles require their own insurance policy. In addition, some homeowners’ insurance policies will cover accidents that occur on traditional bikes, but will not usually cover accidents that occur on electric scooters.

Without adequate insurance designed exclusively for micromobility enthusiasts, riders could be left responsible for hundreds or thousands of dollars in damages. What would happen if a scooter rider collided with and injured a pedestrian? The at-fault scooter rider would not have the insurance needed to cover the person’s medical bills, lost wages, and possible pain and suffering. If the injured party decides to sue, the rider would need to pay for these damages out-of-pocket and the amount could be substantial. The same could apply if an electric scooter rider caused a traffic accident or ran into someone’s vehicle or other personal property, causing damage. 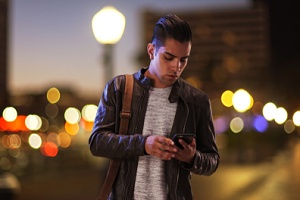 Micromobile vehicles pose a number of risks to pedestrians, motorists, and others who may be in the vicinity. Like standard vehicles, many electric scooter riders choose to ride on the streets and roadways, cross on crosswalks, or ride at a fast speed down sidewalks. Even scooter riders who use caution while riding can suffer or cause injury if an accident should occur. Pediatricians could also suffer serious falls when an e-scooter rider trips over a scooter that has been left on the ground. Injuries can range from cuts and abrasions to life-altering traumatic brain injuries.

Previous Post: « Why the Blackouts in NY Should Raise Concerns for Restaurants
Next Post: A Look at the Rise of the Cannabis Industry in 2019 »