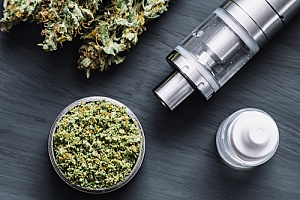 Owning Michigan marijuana dispensaries in a newly booming market may yield high returns in the years to come. With the recent shift to selling marijuana for not only medicinal use, but recreational use as well, the marijuana business has grown even more. However, a recent ban on vape pens and new rules for testing the products before selling may halt this progress significantly.

A ban was pushed in Michigan, after which six other states followed suit, to stop the selling of flavored vaping products in an effort to keep teenagers from buying them and prevent the illness known as EVALI, which affects the lungs. Although this harsh ban was repealed after just two weeks, new rules have been placed on vape pens in order to curb the sale of them in Michigan dispensaries.

These new rules will forbid these dispensaries from selling all vapes until they are retested for an additive known to cause lung problems in users, after already having been tested once before. These rules will last for six months and disrupt a market that is plagued with regulatory changes and efforts to stop recreational sales from becoming legalized and socially accepted.

Why They Are Being Tested

Vape pens and products have previously been tested for additives and user safety, so many dispensary owners are wondering why there are being tested a second time. This sudden need for retesting comes about because of the perceived threat to public health. It was shown that during the testing of black-market vapes, they contained both tetrahydrocannabinol (THC) and Vitamin E acetate. 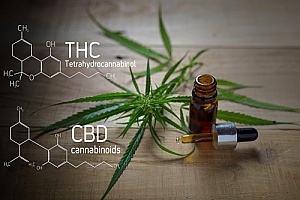 THC is the ingredient in marijuana that causes the psychoactive effects (“high”) associated with marijuana, and Vitamin E acetate is shown to cause problems with lung functions when inhaled. The Vitamin E acetate additive is the reason behind this retesting, but it comes as a surprise because it was only found in the black-market products, and not in any licensed vapes.

Although Vitamin E acetate was not found in legal vaping products, local officials have decided to require a second round of testing be done for all licensed vapes so customers will know for sure that nothing harmful is in these products. EVALI is a threat to consumers, but it seems that licensed products don’t carry any health concerns that are at all related to this illness.

With Michigan opening up their medical dispensaries to the recreational marijuana market, there have been many preparations for those who are applying for recreational licenses. These new applicants, once approved, can have up to half of their business and inventory dedicated to recreational sales. This also means that new flowers and vapes need to be purchased to suit this market as well.

Owners of Michigan dispensaries have been buying more products to stock their stores to adjust for the expected influx of new customers. But with the need for new testing, these vapes will need to be taken off the shelves and sent to testing facilities. These labs have so many products heading their way, that delays can last up to a month. This will affect business owners greatly.

Not only will the testing itself take time, but the rule that requires new packaging will also add further delays to sales. Sellers are now required to package each vape with the ingredients listed for customers to see and show that testing was done to ensure there are no dangerous additives. It is not clear who will take on the cost of this repackaging, which could be an added expense for owners.

What is the Impact? 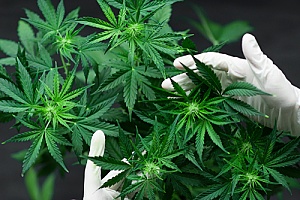 Many dispensary owners will go ahead with the sales of recreational marijuana, but without the proper vapes on hand, many customers will likely be frustrated. However, the biggest impact is projected to be the cost – and profit loss – of the testing and repackaging. Testing will cause owners to lose potential revenue expected to come from vape sales, as well as bear the possible financial burden of repackaging.

Although the testing of these vapes is done specifically because of the recreational market, vapes will be prohibited in the medicinal and recreational sphere until all testing is finished. For dispensaries that have built their customer base around those who vape as a safer alternative to smoking, this could impact their profits for weeks. Additionally, the cost of re-packaging could further cut into their profits.

Although these rules come from public health concern due to the prevalence of new EVALI cases, they might be overly stringent and cause more problems for Michigan dispensary owners than they may solve. Seen by many as an unnecessary roadblock for the legal marijuana industry, this seems more like an indirect way to delay the sale of recreational marijuana than anything else.

If you have opened a cannabis dispensary in Michigan or plan to open one in the near future, you will need to obtain a cannabis license before doing business. As the marijuana community continues to grow, acquiring a marijuana license can be challenging due to the competition. To learn more about applying for a Michigan dispensary license or for assistance with the process, contact the cannabis insurance brokers at MFE Insurance.

Previous Post: « Guide to Starting a Micromobility Company
Next Post: How to Protect Your Cannabis Delivery Service in Illinois »