How To Avoid Injuries During Film Production

Film production is all too often a dangerous industry to work in, often unexpectedly so. The fact is production sets include heavy and potentially damaging equipment, and actors often are responsible for carrying out complex scenes that involve some risk. 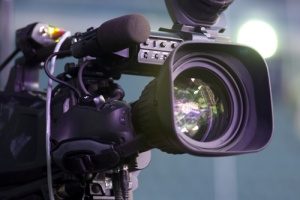 Due to the increased risk, production companies should make an effort to teach employees how to avoid injuries while on the set. By doing so, the company can significantly reduce the risk of an accident to an employee and a lawsuit due to the accident.

The following are four useful tips on how to avoid injuries during film production. While not every risk can be eliminated, creating a safer work environment and properly educating employees can significantly improve safety.

Safety on the production set is not an inherited trait. It is important for production companies to teach safety and put safety precautions into practice. A simple way to do this is to hold a meeting early on in the filming process to discuss how to avoid injuries and stay safe while at work.

Before doing so, consider all possible ways in which one might get injured on set. This may include acting out more dangerous scenes or something as simple as setting up equipment. For example, one of the more overlooked safety hazards are C-stands. C-stands are heavy, and they can lead to serious bodily injury if they were to fall over. When setting up the C-stands, be sure to have employees be careful, use sandbags appropriately and use the equipment responsibly.

Of course, every production set is unique, and the risks vary. A self-assessment of your production set and subsequently teaching proper safety skills and precautions is essential to avoid injuries. 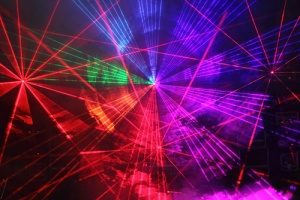 Electricity is a huge safety concern when employees are not properly educated on how to use it and when it is not used in a responsible manner. Understanding this risk is the first step towards making the work environment safer.

It is encouraged to examine all electrical equipment and technology on the production set and conduct a risk assessment. If electrical cords are worn-down, spliced together or just plain sketchy, then it is time to consider replacing them with new equipment.

Another great way to reduce the risk of electrical shock or damage to electrical equipment onset is by staying organized. Take time while setting up to ensure everything is properly placed in a neat fashion. Also, keep the production set clean and free from any water bottles or other items randomly laying around.

One of the main causes of film production injuries is falling. In fact, it might be the number one reason for serious injury in the production industry. Of course, the best way to eliminate falls is to reduce all risks, but unfortunately, that most often is not an option.

Production sets rely upon climbing and doing a job at elevated heights. This may include setting up lights, filming an action scene that involves climbing or jumping from buildings or operating a scissor lift. Because of these necessary activities, eliminating all risk is not a realistic solution for most production companies. 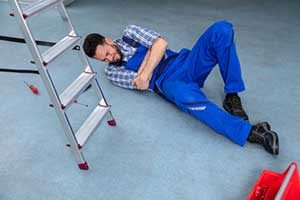 With that said, there are many things that can be done to drastically reduce the risk of injury. For example, when operating on a ladder or on scaffolding, have a spotter. Also, consider educating employees not to put themselves in vulnerable positions, such as reaching for something that is out of reach.

By simply instilling a mindset of safety while climbing and operating at elevated levels, the risk of an injury during film production will decrease.

Fatigue makes it more difficult for everyone to do their job. In fact, fatigue is the leading cause of film production accidents. For example, a crew member whose job is to operate commercial vehicles may have an accident while in a company vehicle due to not being able to think clearly while driving. The company may then be responsible for their injuries.

To help avoid injuries during film production, consider giving employees more time off and try to enforce normal working hours, limiting the maximum amount of hours in a workday to no more than ten.

While there are many things production companies can do to reduce the risk of an injury during film production, the fact is not all risk can be eliminated. Due to this, production companies are encouraged to have reliable insurance to guard against any and all risks. In the event of an accident or injury, a good film production insurance policy can provide coverage you need to cover any expenses. If you are interested, give our team here at MFE Insurance a call to discuss coverage.