Illinois Cannabusiness: What You Need to Know

The recreational use of marijuana in Illinois has a long, complicated history. In 1931, Illinois banned the use of recreational marijuana, just six years before the national law passed. It was not until 1978 that the state approved the Cannabis Control Act, which legalized the medical use of cannabis. However, recreational use has remained illegal until recently. Read on to learn the meaning of cannabusiness and what it entails. 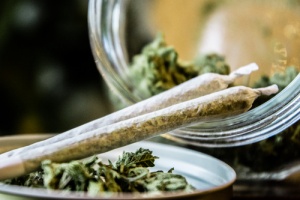 What Is A Cannabusiness?

As the use of marijuana becomes more widespread in Illinois and elsewhere, new terms are popping up. Cannabusiness, or cannabiz for short, is one such term that has become popular in the marijuana community. A cannabusiness, which is just a combination of the words cannabis and business, refers to any business that deals in marijuana or cannabis products. There are many different types of cannabusinesses, ranging from marijuana packaging companies to retail dispensaries. There are also ancillary cannabis businesses that support the industry but do not directly deal with the cannabis plant, which means less risk for the business owner.

What To Know Before Starting A Cannabis Operation 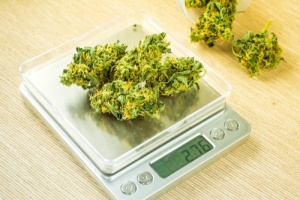 If you are involved in the cannabis industry, it is crucial to know your products and know them well. This essentially means knowing the ABCs of CBD and THC. CBD, which is the abbreviation for cannabidiol, is a naturally-occuring compound from the cannabis sativa plant. It has been useful for treating a variety of ailments, such as pain, nausea, insomnia, anxiety, and more. Unlike THC, which is similar, CBD does not have psychoactive properties. THC, short for tetrahydrocannabinol, is the psychoactive compound in marijuana that gives the user a high sensation, and can be found in a variety of sources, such as edibles, supplements, oils, and marijuana that is smoked.

Illinois lawmakers were the first to legalize the adult use of cannabis through legislation instead of a ballot initiative. Under the current law, the cultivation, sale, trafficking, and possession of marijuana is a crime under the Controlled Substances Act in Illinois. However, once the use of recreational cannabis by adults becomes legal on January 1, 2020, the pending law will go into effect. The new law will allow any adult over age 21 in Illinois to possess up to 30 grams of marijuana. In addition, those who use marijuana for medical purposes will be allowed to grow marijuana in their home. However, recreational marijuana users will still be prohibited from growing cannabis at home.

Applying For A License

On October 1, Illinois posted an application for the first round of licenses to sell recreational marijuana. From December 10th to January 2nd, applications for conditional licenses will be accepted. Anyone can apply to open a cannabis store, and these new shops can sell any type of cannabis product, including tinctures, edibles, and marijuana flower. To apply for a license, you need to be at least 21 years old and pay a non-refundable fee of $5,000. If a conditional license is awarded, the applicant has 180 days to find a location within the district. 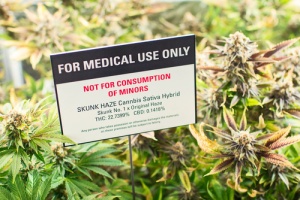 The cannabis business is considered highly risky due to its changing status and ever-changing regulatory environment. However, the rewards can also be very high. Nonetheless, you will want to be aware of the liabilities your business faces, such as confusion about health risks, inadequate product warnings and labels, and normal business risks such as property damage and vehicle accidents. Fortunately, you can protect your business from these risks and liabilities with the right insurance policies. Cannabis insurance has the power to help offset financial liability to prevent your new cannabis business from failing early on. Without the right insurance policies, you could face a lawsuit that causes financial ruin for your company.

The cannabis industry is growing rapidly, and the need for insurance is higher than ever. If you have opened a cannabis business in Illinois or are considering opening a cannabis business following the passing of recreational marijuana, you will want to make sure that your business is well protected from possible risks and liabilities. Cannabis insurance is an effective way to protect cannabusiness owners, including those involved in the cultivation, processing, wholesaling, and dispensing of cannabis products for medicinal or recreational use. For more information about cannabis insurance and how it can protect your cannabis business, contact the insurance experts at MFE Insurance today.