Indiana Behind The Cannabis Curve 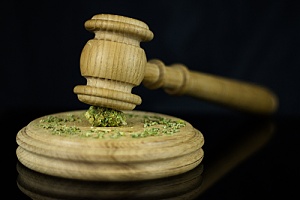 It is hard to deny that the United States is slowly moving towards the legalization of cannabis for recreational use. Canada has now legalized the drug, along with several states inside the U.S. Among those that have legalized the recreational use of marijuana inside the country are Indiana’s neighboring states, Michigan and Illinois. This means that cannabis insurance in Illinois and Michigan are important. As expected, the legalization of cannabis in these states has sparked more debate and controversy over the hesitancy of Indiana to follow the trend.

There are important pieces of information that Indiana residents should know about the legalization of cannabis in Indiana to avoid potential legal issues. The following is an overview of the current cannabis laws in Indiana and how the legal framework relates to surrounding states.

Indiana still has some of the strictest cannabis laws in the country. Most counties — aside from Marion County — still have the ability to arrest individuals who possess marijuana. Although CBD was legalized in 2018, cannabis still remains illegal for all purposes in Indiana in 2020.

Marion County announced possession of less than one ounce of cannabis will not result in criminal charges, while possession of more than an ounce carries potential consequences. Indiana Governor Eric Holcomb has openly voiced his opposition to cannabis and does not seem to have the intention to change the policy anytime soon, despite opposition from many of his democratic opponents.

To make the cannabis policy in Indiana more complicated, a pair of surrounding states have legalized both the medical and recreational use of cannabis. Michigan, which borders Canada, became the first midwest state to legalize marijuana after passing Proposal 1 in November of 2018. 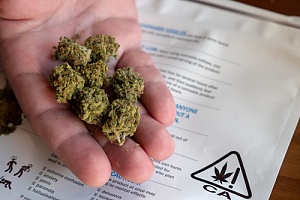 Within weeks of the passage of Proposal 1, cannabis growers and processors began planning operations. However, growers in Michigan still face a fair amount of risk in the new and growing industry, and it is important for them to be properly protected from lawsuits.

Illinois followed Michigan’s lead this past June, becoming the second midwest state to make recreational and medical use of cannabis legal. As of January 1, 2020, Illinois residents can grow, process, and consume marijuana legally. The two other surrounding states, Kentucky and Ohio, have yet to legalize cannabis, although many believe they are closer to doing so than Indiana.

With the legalization of cannabis in Michigan and Illinois comes the issue of Indiana residents purchasing cannabis in the surrounding states and bringing it back to Indiana with them.

In other words, those who cross state lines to purchase marijuana are still likely to face an arrest and legal trouble if they are caught with possession of the drug in Indiana. While this may seem obvious, there are still many Indiana residents who cross state lines, purchase cannabis legally and bring it back to Indiana, putting them at risk.

With the changing laws in neighboring states, there is a push to adopt similar practices in Indiana. Many lawmakers in Indiana are strongly pushing for a change to the state cannabis laws, although Governor Holcomb has no intention of doing so at this current time. 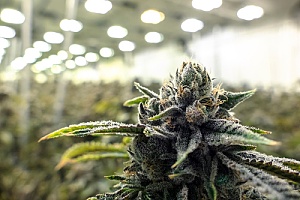 According to the Chicago Tribune, several Democratic challengers to Holcomb have advocated for the legalization of either medical use of cannabis or both medical and recreational use. This includes state Senator Eddie Melton, former state health commissioner Woody Myers, and tech business executive Josh Owens. However, Holcomb is not alone in his opposition to the legalization of marijuana; in addition to Holcomb, Republican state Attorney General Curtis Hill has also expressed reluctance to legalize cannabis.

While the legalization of additional states in the United States seems inevitable, it does not appear as if Indiana is currently in the process of legalizing marijuana. However, there are many politicians and lawmakers that are advocating for legalization, so there is hope for those who would like to see cannabis become legal for medical and recreational use.

To learn more about the current cannabis laws in Indiana and surrounding states, get in touch with us today. At MFE Insurance, we offer protection for cannabis growers and processors who are interested in product liability insurance, cyber liability insurance and more. Our friendly and professional team is happy to answer any questions you may have, and we can help you make an informed decision as to whether or not Cannabis Insurance is right for you.

Previous Post: « A Look At The Micromobility Industry In 2020
Next Post: How to Start a Marijuana Delivery Service in Michigan »