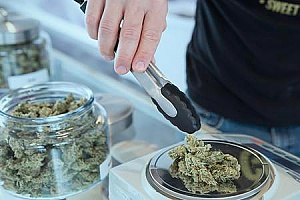 Indiana is one of several states hoping to legalize marijuana use in 2020, and several types of legislation have thus far been introduced in order to reach this goal. In total, 11 states and Washington, D.C. have legalized marijuana for both medical and recreational use (over the age of 21).

The potential of Indiana becoming a state with legal marijuana in 2020 hangs in the passage of proposed laws. Below, an overview of the proposed marijuana laws for Indiana in 2020.

Democratic Senator Karen Tallian of Ogden Dunes has proposed three bills regarding hemp and marijuana use. One is designed to decriminalize possession of less than one ounce of cannabis. Another seeks to form a marijuana compliance commission in order to monitor any testing of CBD ingredients. The Indiana senator’s third measure aims to undo a mistake created by a bill from 2018 that rendered smokable hemp products illicit in the state. However, this clashed with a previous measure. A federal judge in Indiana stopped this prohibition from taking effect. 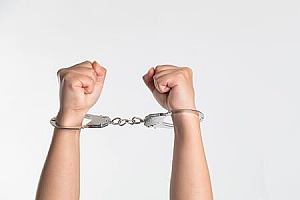 According to TheStatehouseFile.com, there were more than 22,0000 arrests for marijuana possession in Indiana in 2018, and this represents the second-most-common arrest motive in the state.

“Maybe we’re not putting people in jail in every county,” Tallian told the publication. “But 22,000 arrests is a lot of court time, and a lot of these people will still end up with a criminal record.”

According to FindLaw, possessing less than 30 grams of marijuana in Indiana is a misdemeanor. However, certain jurisdictions have drug diversion initiative options for first-time offenders.

Many advocates of marijuana legalization and decriminalization have pointed to the failure of the prohibition of alcohol during the 1920s as an argument. Others have also noted that marijuana’s effects on health are not as severe as those brought on by consumption of alcohol or other drugs like cocaine, heroin and methamphetamines.

Decriminalization would involve the state no longer treating certain marijuana offenses as illegal, meaning no arrest or prosecution.

The U.S. Food and Drug Administration (FDA) has clearly stated that it has not approved many drugs containing cannabidiol (CBD) that people tend to use for diagnosing, treating or preventing certain diseases. 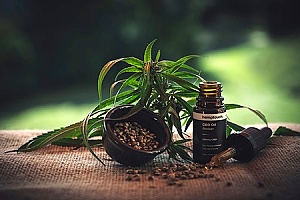 A recent article from Consumer Reports explained how Barbara Crouch — a registered pharmacist who is also a top official at Utah’s Poison Control Center — tested a product called Yolo CBD after Salt Lake City individuals who’d consumed it experienced seizures, loss of consciousness, and hospitalization. Crouch discovered that this product contained a lethal synthetic cannabinoid named 4-CCB instead of CBD.

This case highlights the importance of testing all products labeled as “hemp” or “CBD” items thoroughly in order to determine whether they are truly what they are marketed to be and whether they are safe to use.

Conflicts And Errors In Previous Bills

As it happens with other controversial issues (like gun control or reproductive rights), previous types of legislation may have presented clear mistakes that render the process of legalizing marijuana more complicated. In the case of Indiana, Senator Tallian has said she is striving to fix the conflict regarding her bill concerning smokable hemp products.

What The Judges Say

In September 2019, Southern Indiana District Court Judge Sarah Evans Baker voiced her support for a lawsuit intended to block state officials from prohibiting the distribution and sale of smokable hemp. Baker cited a direct clash with the 2018 Farm Bill, which made hemp production legal in the U.S. for the very first time since before World War I.

“Given that Plaintiffs have shown a likelihood of prevailing on the merits of their claim that the challenged provisions of SEA 516 are preempted by federal law, the balance of harms weighs in Plaintiffs’ favor,” Baker wrote in her decision, referencing Senate Enrolled Act 516.

Consult With MFE If Your Business Needs Coverage

With many states having jumped on the legalization train, and others hoping to do so soon, many people have begun opening dispensaries or expanding existing dispensaries, and it is important for them to consider insurance coverage. Speak to the experienced professionals at MFE Insurance (in Los Angeles, CA or Birmingham, MI) to learn whether or not your marijuana dispensary or other similar company is in need of insurance coverage.

MFE offers General Liability Insurance, which shields you and your business from bodily injury claims and property damage. This type of insurance also covers third-party lawsuits. Your policy can pay settlements, attorney fees and any other relevant costs. MFE also provides product liability insurance, commercial automobile insurance (for owned, non-owned and borrowed vehicles), workers’ compensation insurance, equipment breakdown insurance, cyber liability insurance and loss of income insurance, among other types of insurance. Call MFE today at 213-266-7990 or contact them online for more information about their products.

Previous Post: « What Does D&O Insurance Cover In The Entertainment Industry?
Next Post: Why Your Special Event Needs Cancellation Insurance »