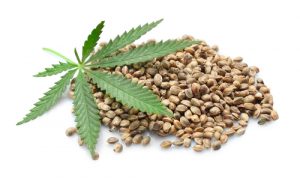 For those growing hemp in Indiana, it is important to become familiar with the regulations in Indiana cannabis industry that are now in place. The USDA released new regulations this past October that outline nation-wide regulations for hemp growers. This builds upon the regulations also established in the 2018 Farm Bill.

The new federal hemp regulations require hemp growers to stay below the 0.3% threshold for THC. It also does not allow those who have been charged with a felony in the past 10 years to be eligible to become a hemp grower.

Since Indiana has not legalized marijuana for recreational use, those who are caught growing hemp without a license might be at risk of legal trouble.

The following is an overview of the current hemp regulations in the Indiana cannabis industry as it stands in 2020.

Difference Between Hemp and Marijuana

Hemp and marijuana have a lot of similarities. They both are considered cannabis and consist of tetrahydrocannabinol (THC), the psychoactive ingredient that contributes to one feeling “high.” However, there are many notable differences between hemp and marijuana that are important to highlight. 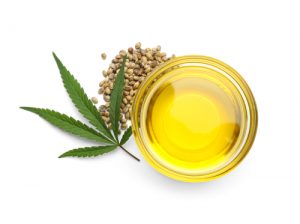 While hemp does contain THC, it does not have the same psychoactive effects of “highness” because the levels of THC are much lower in hemp than in marijuana. Hemp is also used much more than marijuana, as it has multiple purposes and is used in many different ways. It is used in many fabrics and commonly found in clothes, it can be used for nutritional purposes, and it is easier to grow and cultivate and carries fewer regulations. Recently, hemp-based CBD products are becoming more popular as well.

Marijuana, on the other hand, has a much more specific use. There are essentially only two reasons one might use marijuana, which is either recreationally or for medicinal benefit. It is also more regulated and challenging to grow.

The release of the interim final rule in October of 2019 establishes in greater depth Indiana’s state policy on hemp regulations. According to the Office of Indiana State Chemist (OISC), hemp growers who do not receive a license will be considered marijuana producers, which is still illegal in Indiana.

Hemp must test below 0.3% THC to be considered legal to grow. There have already been many acres that have failed to pass this threshold. Testing likely is included as part of the licensing process. However, hemp growers whose hemp stays below the 0.3% THC threshold should not have much of an issue getting the proper licensing as long as they meet acreage requirements.

Also, another important regulation established in the new federal regulation standards for hemp testing is that hemp growers cannot have had a felony charge within the past 10 years. 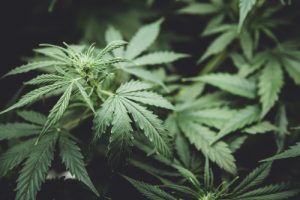 While this may not be a significant distinction in states where marijuana is legal, Indiana has not yet legalized the drug, despite surrounding states being among the first to legalize it. This means those licensed growers who do not test below the threshold are at risk of losing their license if they are not able to correct the concern. Additionally, those who grow hemp without a license are subject to legal ramifications.

Due to the uncertainty, hemp growers, along with other professionals within the cannabis industry, are at increased risk of dealing with lawsuits and regulation concerns. A great way to protect yourself from unexpected costs is to invest in cannabis insurance.

MFE Insurance offers cannabis insurance and protects hemp growers. To learn more about our insurance coverage, reach out to us today.