What Type Of Insurance Do I Need To Film A Documentary?

Shooting a documentary might not be as complex as a standard film, but there are still risks that need to be taken into account. While the work might not involve special pyrotechnic effects or complicated fight scenes, there is still the potential for accidents to occur or valuable equipment to be damaged. 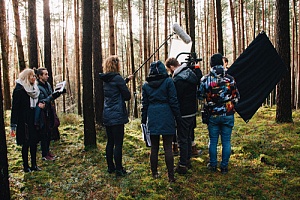 Shooting a documentary often means filming in a public place where bystanders and spectators may be present. If someone is injured by your activities, the production company could be sued. For example, if your documentary is being filmed at an art gallery and you have taped electrical wiring for your cameras to the ground and someone trips over the wiring and breaks a limb, they could sue you for bodily injury and you could be responsible for the costs of their medical treatment.

When booking shooting locations for a documentary film, you will typically be required to possess a general liability insurance policy to ensure that damages can be paid for any third-party injuries or accidents that occur. No matter how many preventative measures you take, accidents are still possible, so this type of insurance is essential. 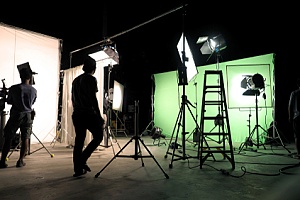 You need to have coverage in place for accidental damage to or theft of the gear you are using to film your documentary, whether you own it or you are renting it. Projects of all sizes, even those that do not seem hazardous on the surface, are vulnerable to equipment losses and accidents, such as spilling drinks on computers or dropping expensive lights.

A good equipment insurance policy will also cover theft. This is important as most documentaries film in public places where there is a lot of foot traffic. Depending on the subject, you may also need to shoot in locations with higher rates of crime. Equipment can be stolen in mere seconds, and productions that do not insure their equipment could end up closing down completely if expensive goods are stolen.

This insurance will typically be required if your production is using rental equipment, but it is still a good idea to take out such a policy even if you are using equipment that you own for the documentary. 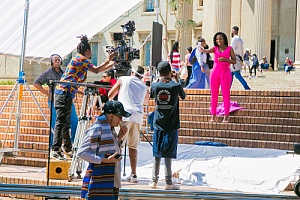 It is important to protect your production from property damage that affects third parties while filming your documentary. If another person’s property, including their flooring, walls, furniture, personal possessions and fixtures, are broken or stolen during filming, you could be responsible for repairing and replacing them if you do not have third party property damage coverage in place.

It is surprisingly easy for these types of incidents to occur. For example, if a crew member damages a wall while loading equipment, the venue where the filming is taking place could hold your production liable for the damages.

Venues will typically require proof of third party property damage coverage before allowing a documentary or other type of film to shoot there.

It is important to keep in mind that a general liability policy will only cover bodily injury to people who are not associated with your production. Protecting your cast and crew members requires a workers’ compensation insurance policy. This type of insurance is legally required in most states, even for independent contractors, to ensure that cast and crew who are injured on the production will have their medical and rehabilitation costs covered, along with any wages that they lost due to injury.

It covers everything from trips and falls to burns and more serious injuries. Production teams need to ensure that they have coverage for everyone working on the team, including independent contractors and day laborers. 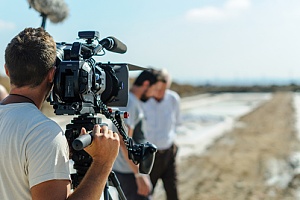 Errors and omissions insurance is an important type of policy to have in place, particularly if your documentary is picked up by a major studio, distributor or network. This provides coverage for claims that are based on the content of your documentary, including suits that allege defamation of character, illegal use of someone’s image, plagiarism, copyright infringement, slander or libel. Even if you believe that an informant featured in your documentary is credible, any negative comments they make about a public figure could lead to a lawsuit.

Reach Out To MFE Insurance Brokerage

MFE Insurance Brokerage specializes in insurance that meets the unique needs of the entertainment industry. Reach out to our experts today to find out how we can provide you with optimal coverage that is tailored to the specific needs of your documentary production.