Do I Need Insurance For My Film Cast/Crew? 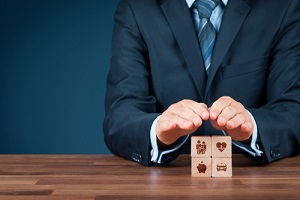 The creativity and talent of the people working on both sides of the camera are some of the most important components in the success of a film. The cast, in particular, is often the biggest part of most film budgets, so it is essential to protect the project from the risks related to incidents involving these individuals.

What Is Cast/Crew Insurance?

Cast and crew insurance reimburses production companies for expenses related to filming delays that are caused by injuries or death to insured artists. Illnesses can also be covered, although this typically requires a medical examination. Coverage can also be extended to cover the kidnapping of any directors or artists, which is a valuable type of protection when filming is taking place in a high-crime or unfamiliar area.

Every film is unique, and the risks faced in each circumstance will vary widely depending on the cast, budget, location, stunts, sets and other factors. Cast and crew insurance exposures could be very extensive or rather limited depending on the cast and the length of time the film is shooting.

In all cases, however, cast insurance gives the production studio protection should a cast member be unable to meet their contractual obligations because of injury, illness or death.

This type of insurance is extremely valuable to film production companies. It can be particularly helpful if a lead actor or director involved in the project has a long-term injury or illness or dies. This could cause the production to be abandoned and lead to a very large insurance claim.

The cost of reshooting with replacement casting could be considerable if the project depends heavily on a single cast member’s performance and extensive shooting has already taken place across a long period of time; single-day shoots and ensemble productions present a lower risk.

Some productions will focus on insuring only the director and key cast because secondary cast may be replaced more easily without holding up the project if an incident arises. Cast insurance typically begins four weeks ahead of the first camera day, but extended coverage that begins earlier can be purchased if needed.

What About Workers’ Compensation? 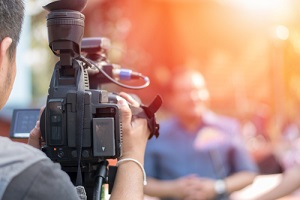 It is important to note that workers’ compensation can cover many types of accidents that occur while working. It typically covers payrolled cast and crew, independent contractors and freelancers; sometimes volunteers might also be covered.

This may cover incidents such as slips and falls on or off the premises, injuries incurred while building production sets or making costumes, falling items, working at height, lifting props or electric shock from ungrounded equipment.

Stunts are typically excluded from films’ cast insurance policies and are underwritten as a separate policy. Insurance companies often monitor scripts and storyboards closely; they may even send loss control experts to a set if the stunt is particularly risky as the potential for big losses is significant.

Insurance can be particularly expensive if a major film star is performing their own stunts because if they become injured during filming, the whole movie could lose its marketability and filming could stop abruptly, costing studios millions of dollars.

Outlined below are some of the other types of insurance that film production companies should consider.

Property insurance can cover the props, sets and wardrobe used in films, along with behind-the-scenes equipment such as lights, sound systems and cameras.

This type of insurance can be useful if equipment breaks down or goes missing, causing delays to the production.

Errors and Omissions insurance is necessary for projects that are distributed for profit. It can cover any harm caused by the circulated project related to claims alleging plagiarism or the unauthorized use of titles, ideas, characters, plots and format. It also covers allegations of slander, invasion of privacy, defamation of character and libel. 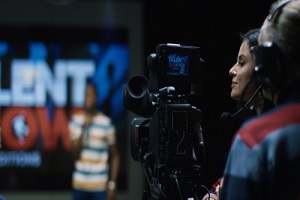 This covers all risks of physical loss or damage to the production’s negative film. There is usually no deductible for this type of policy.

Some films may require special add-on policies to cover unique aspects of the film, such as gear for underwater filming, recreational vehicles, weapons, pyrotechnics, aerial photography, drones, aircraft and working animals. These special circumstances can be added on to existing policies as well.

Reach Out To The Experienced Entertainment Brokers

An experienced entertainment insurance broker is the best way to ensure you are getting the right coverage for the specific concerns of your production at a reasonable rate.

If you are looking to secure a policy for your video production company that covers your cast and crew or any other aspect of film production, get in touch with the experienced entertainment brokers at MFE Insurance Brokerage to learn more.

Previous Post: « What Type Of Insurance Does A Video Production Company Need?
Next Post: Do I Need Cannabis Cargo Insurance? »