4 Things You Need To Know About The eSports Industry 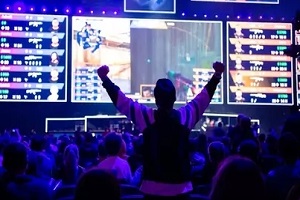 eSports, or electronic sports, is a field in which individuals and teams compete to get the highest scores in a variety of video games. Some of the most popular eSports games today include League of Legends, Fortnite, FIFA and Counter-Strike. Games like Overwatch have their own international leagues and teams that compete in tournaments.

eSports is a highly organized field, and players typically have their own practice schedules, teams, coaches and sponsors. Although many players are fans of the game first and foremost, succeeding requires hard work and dedication, and they may spend many years developing their strategy and training hard.

Many people are surprised to learn just how big eSports has become. Here are four things you need to know about the eSports industry.

eSports Has A Long History

Many people think that eSports is more of a recent phenomenon, and it is true that its popularity has soared in a relatively short span of time, but one of the first known eSports events was actually held in 1972. On this occasion, Stanford University students competed against each other in the game Spacewar for the prize of a year’s subscription to Rolling Stone magazine.

In the 1980s, the first real video game tournament was held for the Space Invaders championship, and it attracted 10,000 attendees. However, much of the competition during these years was about beating each other’s high scores instead of competing in the more organized tournaments that are seen today.

In the 1990s, eSports really started to take off, although they were not yet using this term. Video game makers like Sega and Nintendo held regular professional gaming tournaments and prizes started numbering in the tens of thousands of dollars.

These days, with the proliferation of streaming platforms, widespread connectedness around the world and the greater acceptance of video games in general, popular tournaments are now regularly selling out stadiums, and some professional players have become household names.

There Are Lots Of Ways To Watch eSports 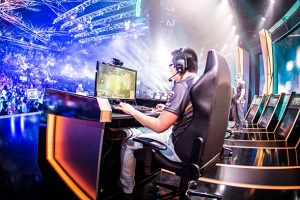 There are lots of ways that people can enjoy eSports, whether it is at home or in person. eSports can be viewed through video streaming platforms such as YouTube, Twitch and Mixer, which are available through web browsers and as apps on Android and iOS devices.

However, for many fans, the magic lies in attending events in person, with tickets for major events being sold through popular ticket retailers for a broad range of prices. Some of these events sell out faster than concerts headlined by major musicians. There are also smaller local events for those who are just getting started. In 2017, more than 500 major eSports events were held.

Prize Pools Can Be Significant

The prize pools in many eSports championships can be significant, with the cash prize pools of popular games like Dota and Fortnite topping $30 million. These events also draw millions of viewers. In fact, the prize money involved in eSports has topped the first-place prize pot for Wimbledon and other traditional sporting events.

The total cash prize pool for a Fortnite tournament in 2019 exceeded $30 million, including $3 million for the first-place winner and runner-up prizes totaling $50,000. However, even larger numbers can be found in the international Dota tournament, with the prize pool for the 2019 tournament hitting $30 million as a result of crowdsourced funding(1).

eSports Players Have A Lot In Common With Traditional Athletes

Although they may not be running across a football field or basketball court, eSports players have more in common with traditional athletes than it might seem on the surface. Like other professional sports players, eSports players spend hours each day practicing on their own and as a team and studying their opponents’ tactics so they can work on strategies to defeat them. They also keep grueling schedules that often require traveling. 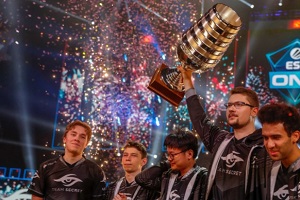 In fact, top eSports players in the United States are legally classified as professional athletes and enjoy the benefits that come with this designation, such as special taxation and visa privileges.

Much like professional athletes, professional gamers are also vulnerable to sports-related injuries that could threaten their career. Some big eSports names have recently retired due to persistent problems like neck pain, tennis elbow and carpal tunnel syndrome. For this reason, many eSports players obtain eSports insurance policies that can help protect them in the event that an eSports-related injury prevents them from competing.

Reach Out To The eSports Professionals At MFE Insurance Brokerage

If you are involved in the eSports industry as a player, team, event organizer, or sponsor, you need specialized insurance to protect against cyber attacks, bodily injury, event cancellations, property damage and other issues that could compromise your livelihood. MFE Insurance Brokerage has agents with experience in this highly specialized field who can create custom insurance solutions for you to ensure all the bases are covered.