What Is The Youngest Age To Play eSports? 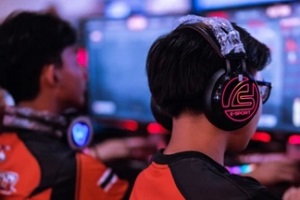 An eSports career is a very attractive option for people who are adept at playing video games, and many of those who are interested in entering the eSports world are children who aspire to turn a fun hobby into a lucrative career. Is there a minimum age for playing eSports professionally or a recommended age at which young people should begin to seriously approach eSports?

Here is a look at some of the biggest age-related considerations when it comes to playing eSports.

There are no specific and consistent age regulations that guide every league. Instead, each eSports league can set its own age restrictions. For example, in the Super League, gamers can be anywhere from 6 to 16 years old, while a player must be at least 18 if they wish to compete in the Overwatch league. For this reason, it is important to acquire eSport insurance no matter the age of the player.

Although the overall age of athletes competing in professional gaming seems to be on a downward trend, many of the youngest players may lack the coordination and experience needed to keep up with more developed players.

Of course, it is important to keep in mind that becoming a professional eSports athlete will involve many hours spent practicing, which can compromise academic pursuits and take time away from sports and other after-school activities. Moreover, participating in professional eSports often involves a lot of travel, potential injuries as well as intense stress.

Many young people lack the emotional maturity needed to manage the demands of such a career, which is why many leagues are placing age limits on competitors. Many of the most popular and successful gamers right now are aged 17 or older.

Another reason that some leagues may have age restrictions is to protect children from games that may not be suitable for their age, particularly those that have violent content and involve acts like shooting and killing others within the game.

The Entertainment Software Rating Board, or ESRB, rates video games based on their content in a way that is very similar to the rating system used for movies. This allows eSport organizers and parents alike to know how old a child should be to play a specific game.

Many leagues adhere to these recommendations when setting age restrictions for participating.

The game Call of Duty carries an M rating to indicate that it is for mature audiences. Games with an M rating are for players who are 17 years or older. In tournaments that use games with an M rating, there are even restrictions on children being in the audience. For example, the eSports arena in Las Vegas states that guests must be 17 years of age or older to watch these tournaments unless they are accompanied by an adult.

Other games, such as League of Legends, carry a T rating, which means they are acceptable for children aged 13 and above. An E rating, meanwhile, means that the game is suitable for everyone.

How Can Younger Players Get Involved In eSports? 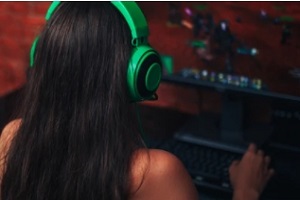 Some very young players may be able to compete in an eSports league that does not have age restrictions. For example, 13-year-old Fortnite player Kyle “Mongraal” Jackson was signed to the Fortnite professional squad of Team Secret recently and has been commended by other players for his maturity level. There are no formal Fortnite eSports leagues, and some teams are willing to sign athletes who are younger than 17 due to a lack of rules prohibiting such action.

Another well-known young eSports athlete is Riley Haghian, also known as DNZio. He has been competing in eSports tournaments since age 12 and won his first championship when he was 13. He is now considered one of the top gamers in the world. With no age participation restrictions, it’s even more important to be protected with proper eSports Insurance.

Consider Participating In The Super League

The Super league is geared toward eSports athletes who are between the ages of 6 and 16 and serves as a great entry point for young people who are interested in the world of professional gaming. It has been likened to a Little League for eSports and involves playing video games such as Minecraft. This building and construction game is widely considered one of the most appropriate eSports games for kids under the age of 13.

The Super League gives kids and parents a feel for what eSports tournaments are like and what is involved in competing. It allows children to experience the pressure of live competition and learn how to work with their teammates. It also gives them the opportunity to socialize with peers who share their interests, which effectively addresses the common criticism that playing video games is not a social activity.

In the Super League, positive communication is encouraged and there are strict rules regarding negative comments and inappropriate language, making it a friendly environment in which children can learn the ropes of professional gaming.

Get In Touch With The eSports Insurance Professionals